​Top 20 Albums Of The Year 2020
"A dazzling debut album of guitar rock... Blending the spirit of Patti Smith and

PJ Harvey with the soul of

"Rich in texture and exquisitely executed"

Punk N Roll RendezVous + Livestock Music Festival June 22, 2018 Summer is here and that means it's festival time. Stapleton is appearing solo at two events over the Summer. First up is Punk N Roll RendezVous Festival on Friday June 29th at Unicorn Live Camden. This is a three day festival offering over 25 fantastic local bands. Entry is by donation and there's special edition t-shirts and a compilation CD available at the event. Stapleton hits the stage at 7:20pm on Friday.
0 comments

Supporting The Church in Sheffield, Newcastle, and Glasgow May 25, 2018 Legendary Australian band The Church are touring the UK in June surrounding their appearance at Robert Smith’s Meltdown Festival in London. Suzie Stapleton will be joining them for shows in Glasgow, Newcastle and Sheffield. Loved for their distinctive and ethereal classics such as “Under The Milky Way” (which captured a new generation of fans on The Donnie Darko soundtrack) and “Unguarded Moment”, The
0 comments

UK Band Shows + Solo France Dates March 26, 2018 Suzie Stapleton is heading to France in April for a run of solo shows. These are Stapleton's first dates since signing with new French booking agent Jostone Traffic earlier in 2018. More to come on that front. Then it's back to the UK to play two shows with the full band. First up it's Liverpool Sound City on May 5th followed by a headline spot at The Finsbury Pub in London presented by Get In Her Ears who recently named "Ne
0 comments 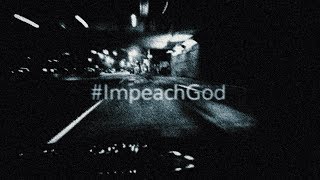 'Negative Prophet' T-shirts Pre-Order Now February 13, 2018 New single 'Negative Prophet' is being released next week and to celebrate these special edition t-shirts have been created. The artwork was hand drawn by French artist Ëmgalaï and they will be screen printed onto 100% organic Earth Positive cotton t-shirts which are also Fair Wear certified (no sweat shops or child labour, fair pay for workers etc). These are available to pre-order now until February 28th. They wi
0 comments

Brisbane and Hobart Shows Announced January 29, 2017 Brisbane and Hobart dates have been added to the Australia March Tour and supports for each show have been revealed. In Brisbane Suicide Country Hour play main support with a debut performance from Bronwen Gray opening the evening. Sydney sees special solo sets from Simon Day (Ratcat) and Trent Marden (The Holy Soul). Whilst in Melbourne support comes from Batpiss frontman Thomy Sloane's new stripped back duo project with L
0 comments

Žižkovská Noc 2018 January 12, 2017 Suzie Stapleton is heading back to Czech Republic to join the Žižkovská Noc 2018 line up. Held over 3 days the festival promises a variety of performances spanning many genres including Vypsaná Fixa, Zrní, Blood Monika Načeva, Tentato & Five and many more acts to be announced. Stapleton will perform solo on the 23rd at Palác Akropolis and on the 24th of March at Kasárna Karlin for the Full Moon Magazine party. For more details and updates J
0 comments

Return to Oz January 4, 2017 Suzie Stapleton is heading back to Australia in 2018 for a long overdue homecoming tour! This will be Stapleton’s first visit since relocating to the UK in 2015 and is a celebration not to be missed. Sydney and Melbourne dates have been announced with more dates around the country to be revealed shortly. These are solo shows and coincide with the release of forthcoming single “Negative Prophet”. Sign up to the Newsletter for show and support act a
0 comments

Stapleton To Play London With Full Band December 6, 2017 A very special show has been announced to kick off 2018. For the first time Suzie will perform in London with her band. The current line up is Gavin Jay (Jim Jones and the Righteous Mind/The Jim Jones Revue) on bass and Jim Macaulay (The Stranglers) who recently joined the ranks on drums. This is part of Madam's residency at Servant Jazz Quarters with The Kittens opening the evening. Tickets are limited, early purchase
0 comments 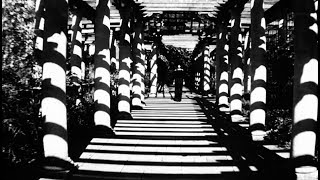 Selling Out & On The Air November 10, 2017 It’s been a huge week at Stapleton headquarters. The new single “Yesterday’s Town” was celebrated with a sold out launch party at The Old Blue Last in London. “Yesterday’s Town” was chosen by public vote to feature on the Fresh Faves on BBC 6‘s Tom Robinson’s Fresh on The Net, and Gideon Coe also spun some Stapleton on the BBC Radio 6 Music airwaves. The new film clip was unveiled with Clash Music premiering it on their site, the be
0 comments

Supporting Henri Herbert & The Fury September 16, 2017 Suzie Stapleton's forthcoming single "Yesterday's Town" is set to be released on October 27th. To celebrate Suzie is playing with Henri Herbert & The Fury at The Old Blue Last in London for a massive launch party on November 8th. You may know Henri Herbert as the ferocious keys player of Jim Jones Revue. Joined by his new band The Fury they are launching their debut LP "Live at Gypsy Hotel" on the same night. Tickets are
0 comments 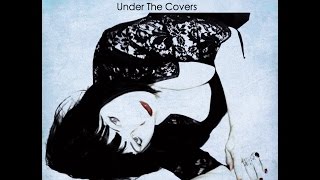 Stapleton Performs Guest Vocals on New Record June 17, 2017 Lydia Lunch & Cypress Grove have just released their latest offering 'Under The Covers'. This covers record is a disconcerting array of material ranging from the hugely popular to the wildly obscure; from the bombast of hair rocker Jon Bon Jovi to the introspection of emerging Nashville troubadour Aaron Lee Tasjan. Lydia Lunch is a self-confessed contrarian who delights in reinterpreting the songs people (including h
0 comments 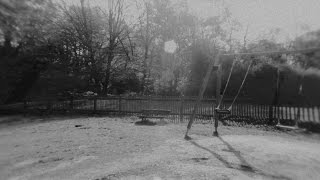 New Single 'You Were There' Out Today May 4, 2017 The hypnotic dreamscape of 'You Were There' gets introduced to your ears today. The new single is being premiered exclusively by the good folk at Vive Le Rock. 'You Were There' features Gavin Jay (Jim Jones & The Righteous Mind) on bass and Ian White (Gallon Drunk) on drums and was recorded late 2016 at London's No.1 Baltic Place with engineer Drew Smith (PJ Harvey/Ed Harcourt) at the wheel. Fans can download the single for fr
0 comments

Supporting Jim Jones & The Righteous Mind April 16, 2017 Suzie Stapleton is returning to Paris in May to support the rock'n'roll sensation that is Jim Jones & The Righteous Mind at Petit Bain. Jones and company have a new record "Super Natural" out in May, their first full length since reincarnating post the Jim Jones Revue. The album is naturally getting super reviews already and they are a force to be reckoned with live. The Stapleton camp is very excited to be back on the
0 comments

Monarch Bar and Nambucca March 28, 2017 Two solo shows have been annnonced for London in April. The first is presented by Camden Rocks and will take place at Monarch Bar along with The Garage Flowers, Bel Esprit, Veins and Wide Eyed Boy. The second show is at Nambucca on Holloway Road with the line up announced shortly - keep your eyes on Facebook and Twitter for updates. Thursday April 6th - Monarch Bar, London (UK) - Tickets Tuesday April 25th - Nambucca, London (UK) Ticket
0 comments

New Releases for 2017 November 2, 2016 Suzie Stapleton and the band spent a couple of days at London's No.1 Baltic Place studios in October to track several new songs. Engineer Drew Smith (PJ Harvey, Ed Harcourt, Depeche Mode) was at the wheel and you can check out more photos from the sessions here. They also put down a tune for the fourth and final Jeffrey Lee Pierce Sessions Project album which is due for release via Glitterhouse Records in 2017. We're going offline for a
0 comments

September French tour dates announced August 24, 2016 Barely catching her breath from July's glorious stint, Stapleton is heading back to France for a run of shows in September. On the 7th she returns to the rock and roll haven that is Lorient's Le Galion before introductory ventures to Vannes, Noyal and Orleans. These are all headline shows with the exception of Rock On Festival which includes Cool Ghouls (USA), The Madcaps (FR), Dan Brodie (AUS), Chouette (FR) and Cheapster
0 comments

With Pete Doherty, Sleaford Mods, The Dandy Warhols + more April 28, 2016 The Liverpool Sound City line up is packed with goodness including The Dandy Warhols, Pete Doherty, Sleaford Mods, Band of Skulls, The Coral, Catfish & The Bottlemen, Circa Waves and loads more. Suzie Stapleton has just been added to the line up and will performing with her new band for the first time which features Ian White (Gallon Drunk) on drums and Gavin Jay (Jim Jones Revue/& The Righteous Mind) o
0 comments
1
2
bottom of page